What is a trigger point?

It's a tight band of muscle tissue that causes an irritating, steady ache (sometimes painful). It's what you'd call a knot.

A myofascial trigger point is a hyper irritable nodule within a taut band of congested muscle tissue that, due to ischemia (lack of blood supply), is hypersensitive and sometimes radiates pain to other areas.

Active: This type of trigger point is the one that's always on. It's the one that's causing your headaches (most likely) or the tension behind your shoulder blades. It's usually tender to touch but you feel like it just needs to be pressed. Compressing it can produce a twitch response and sometimes refer pain.

Latent: These trigger points are the ones you don't know you have until you get a massage. It does the same things as an active trigger point but only when you find it and press it.

What causes a trigger point?

Sometimes emotional distress or other pathologies can set them up. After all, everything we do manifests physically, right?

How does a trigger point happen?

To explain this I have to talk about muscles a little bit.

Muscles are 'packets' of fibres wrapped together in connective tissue.

This "tissue" wrapping is fascia, or connective tissue.


Now, each muscle fibre (or spaghetti straw) is comprised of little contractile units. I'm not going to get into the microscopic details of the mysoin and actin filaments, there would be plenty of other websites explaining that.

What's important to know is that these contractile units (many upon many in one single muscle fibre) have these filaments that slide over each other. Like little oars, or arms, that pull itself along the other filaments (myosin pulls actin, FYI).
When they do this the muscle fibre shortens. When they all do this you get a muscle contraction (e.g. bicep curl).

The current understanding of how a myofascial trigger point is set up in the body is explained with the:
integrated hypothesis theory.

What is hypothesised is that those little contractile units become dysfunctional and hold on for dear life. Muscle overload and/or trauma causes an excessive release of acetylcholine (a neurotransmitter to cause the muscle to contract).
The fibres little unit never gets the ok to switch off. This causes contraction "knots" in the shortened muscle fibres, due to increased tension. Now this causes the lengthened fibres to form trigger points in the attachments (tendons) so, it forms that taught band along the muscle with the nodule ("knot") in the middle.

Now this mess of tightness increases the metabolic demand in the area in order to sustain the contraction.
But this compromises circulation, so you get ischemia (poor blood supply).
And this hypoxia (inadequate oxygen) causes an energy crisis, because without oxygen there isn't enough energy (ATP) to release the contraction.
And this causes the release of sensitising substances which sets up a pain response.

Gees, what a headache, right?

How does massage relieve them?

These above techniques tell the nervous system to switch it off. They also aid in the blood supply to that area and stretches applied help lengthen the shortened fibres.

Trigger point therapy sounds simple but it requires advanced palpation skills, an ability to listen to the body's response, accurate anatomy knowledge and finesse with the hands.
It's not as simple as pounding out the muscle. You're not some piece of beef-jerky! You're a human with a complex nervous system, somatic responses and feedback.

And damnit you paid for a massage to feel good, not leave you feeling assaulted!

Please note that trigger point therapy must not be painful. It can be tiring and leave you feeling tender, maybe a little washed out and even a little emotional. Which is why you only do a single muscle or two in one session!

Who cares if I have trigger points?

Besides being irritating and sometimes painful they can actually lead to muscle dysfunction. Because the muscle is not functioning properly, strength can be lost, other muscles have to compensate and this can lead to improper body mechanics with certain movements.

If left untreated these improper movements can lead to joint dysfunction and the set up of more trigger points.

If that level of pain is ignored then you're most likely going to feel pretty sore all over. This my friend, is generalised pain and what you need now is a relaxation massage before therapeutic work can begin!

The best thing to do is to not ignore pain when it happens. Get it checked out by a doctor or a trained therapist!

Remember: Pain is your bodies way of saying "something is not right!" 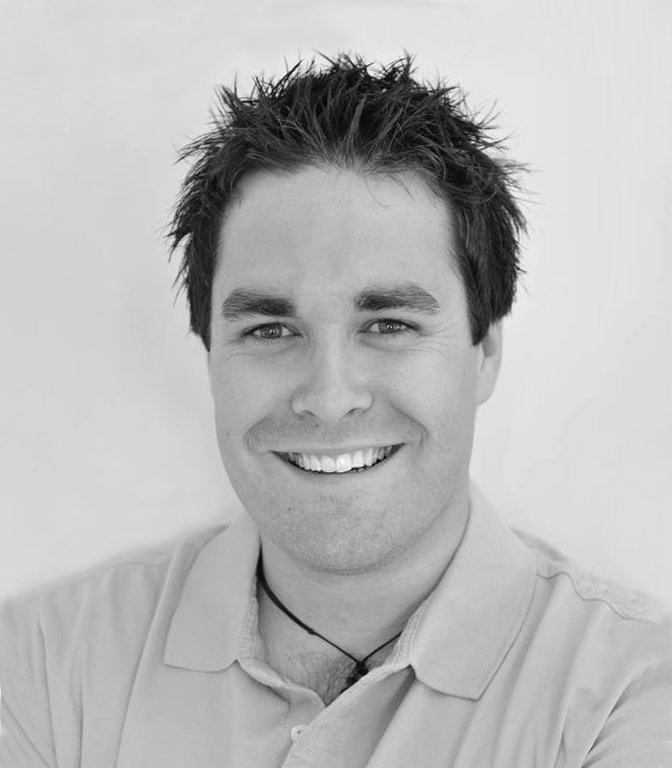 Chris is a fully trained massage therapist, registered with Massage New Zealand,
he has two diplomas in therapeutic and clinical massage therapy and a certificate in relaxation.
Chris works from the historical Orewa House on the Hibiscus Coast and with the team at Lifestyles NMT in New Lynn, Auckland.

Trigger Points Fascia Deep Tissue Pain Referred Pain
What type of massage is best for you?
Massage: pampering or therapy?
Pain: Why does it hurt and how does massage help?